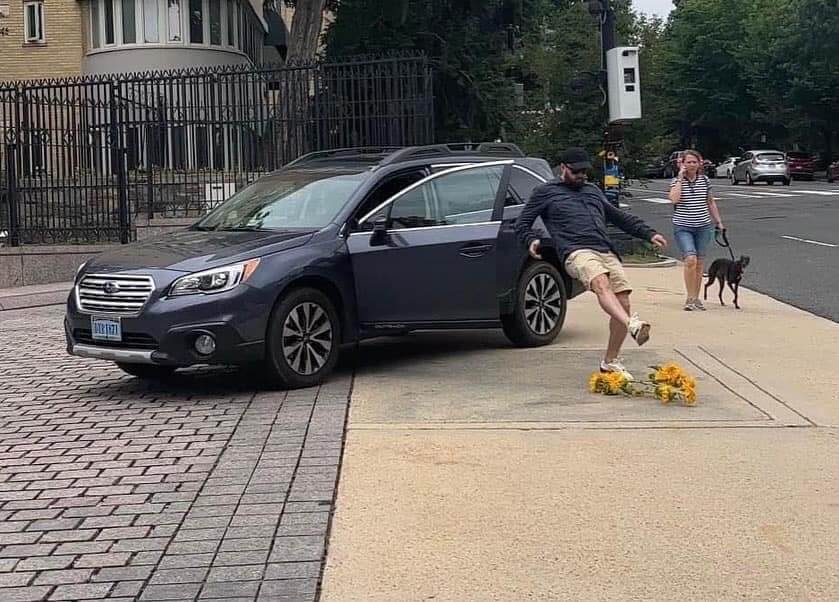 Oksana Markarova, Ambassador Extraordinary and Plenipotentiary of Ukraine to the United States, posted photos of the employer of the russian embassy in Washington trampling the sunflowers brought by two girls. A day earlier, the sunflowers planted across the street in front of the Russian embassy were uprooted too.

According to the diplomat, the flowers and other Ukrainian symbols of struggle and dignity, as well as the endless evil that the russians inflict on the Ukrainian people, irritate the occupiers. Markarova adds that “diplomats of the aggressor country behave as the invaders themselves, bragging about unworthy deeds, justifying murderers, and counting on impunity.” Nevertheless, all Ukrainians strongly believe that a tribunal awaits all of the invaders and their masterminds.

Russia is perpetrating genocide against the Ukrainian people. Ukraine needs more heavy weapons to stop the war and save more lives. Spread the truth:!