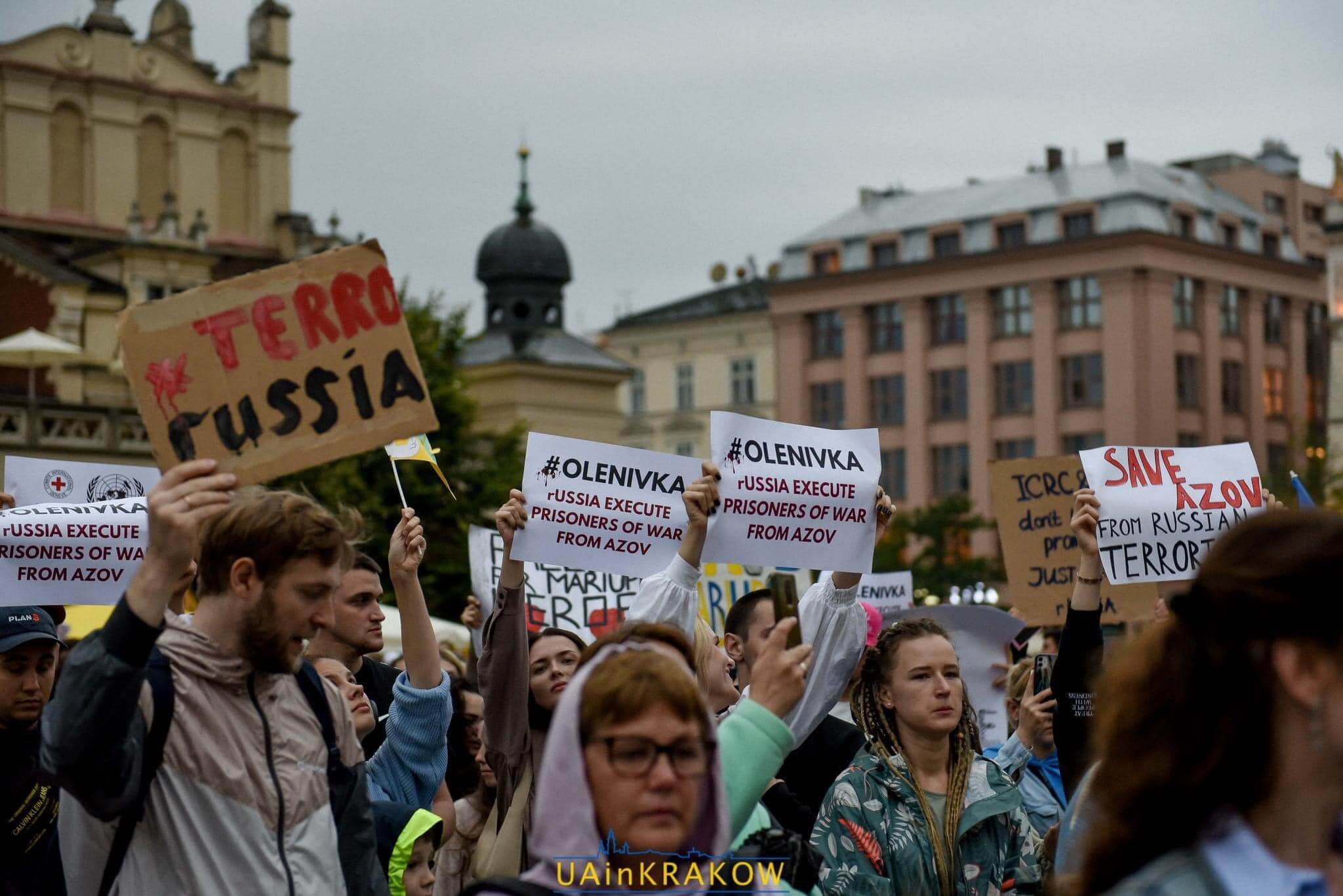 Thousands of people joined rallies in many European cities to draw attention to the mass murder of Ukrainian POWs in Olenivka by the russian troops. Shelling of the prison in Olenivka is another russia’s war crime and an example of its non-compliance with the Geneva Conventions.
Ukrainian President Volodymyr Zelenskyy has called on the civilized world to recognize russia as terrorist state after the attack in Olenivka.

Russia is perpetrating genocide against the Ukrainian people. Ukraine needs more heavy weapons to stop the war and save more lives. Spread the truth!