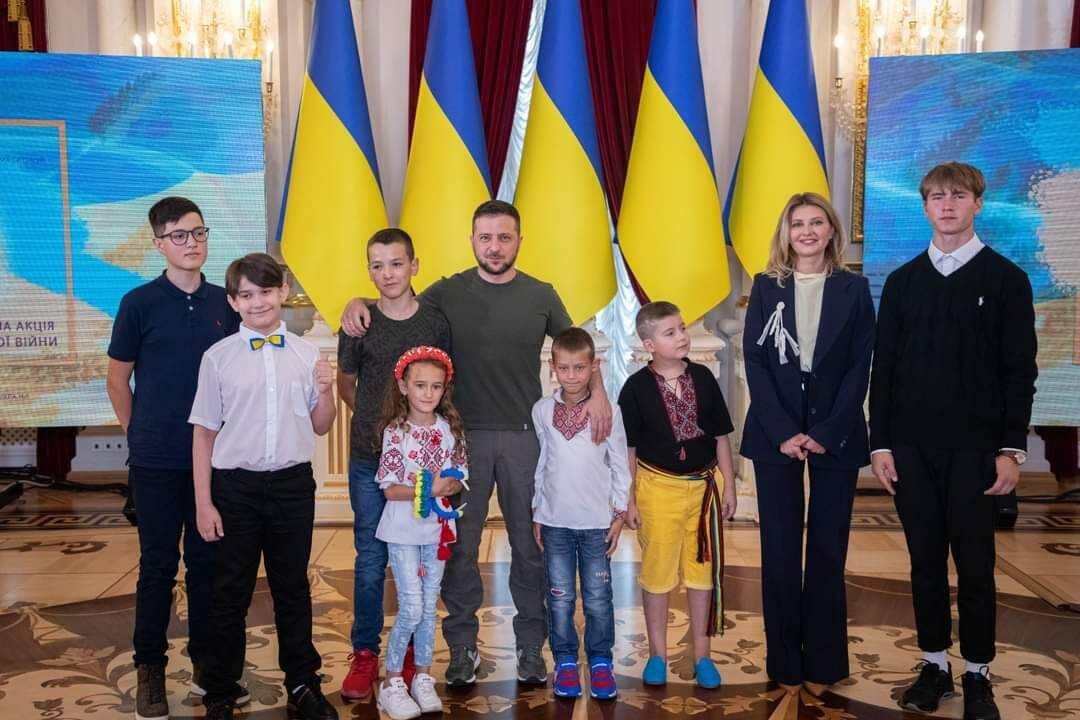 President Zelensky and the First Lady, along with the Minister of Internal Affairs, the Head of the State Emergency, and Ukrainian pop stars, presented valuable gifts to eight young heroes.

Yehor, 7, the youngest honored, from Shchestovytsia, Chernihiv region, made himself a wooden gun and guarded the street of his village, where only three houses were left intact. Currently, he helps the State Emergency Service, reporting the location of explosive objects.

Hlib from Kharkiv, 12, covered a younger boy with his own body during the cluster munition attack. Being hit by a shard right in the heart, Hlib survived, saving another kid’s life.

Maksym from Berdiansk, 10, with ASD, supports Ukraine with his talent. He donates to the army receipts from selling his drawings.

Iryna Vasylyeva from Rivne, 7, decided to continue her father’s work, who died in the war, defending Ukraine. The girl has already fundraised 7,000 euros and purchased two thermal imagers and two cars for the army. Her goal is to raise funds for Javelin.

Zelensky said: “You are young but very mature representatives of our great and courageous nation. I am sure that with such brave and sincere children, a wonderful future awaits Ukraine!”

Russia is perpetrating genocide against the Ukrainian people. Ask your government to supply Ukraine with more heavy weapons to defend the lives of Ukrainian families and children. Stop the crisis by spreading the truth!